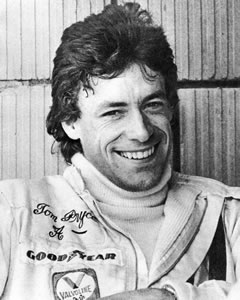 Thomas Maldwyn Pryce was born in Ruthin on June 11 1949 and died at the Kyalami circuit, South Africa on March 5 1977. In his 27 years he brought Wales to the international motor racing scene and was tipped by many to be a potential Formula One World Champion. More than 30 years after his death, Tom Pryce is still fondly remembered in Ruthin. To mark what would have been Tom’s 60th birthday on June 11th 2009, a memorial sculptural relief was created in his name and unveiled in the town.

The project was managed by the Tom Pryce Memorial Trust who commissioned Neil to design and create an appropriate memorial. This work was first created in clay from which a mould was taken for casting in bronze. Below is a detail of the initial design used for producing the ceramic version which was then eventually cast in bronze.

The sculpture in production ….

The sculpture was produced in clay during January 2009. It was then ready for casting in bronze. It measures 2.4m x 1.2m (8` x 4`) and will be erected in Clwyd street, Ruthin, Denbighshire, North Wales on completion. 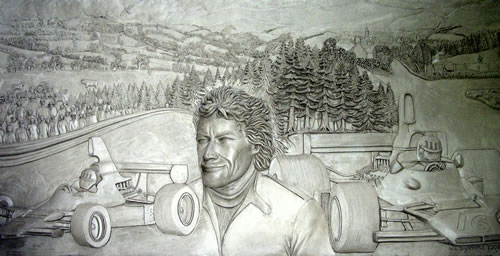 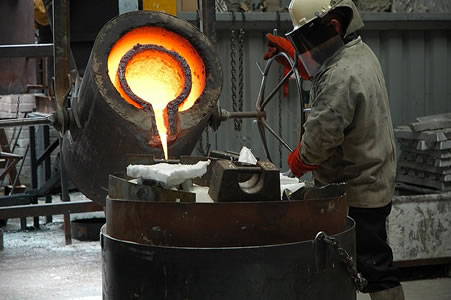 Pouring the bronze into the mould …

Breaking the ceramic mould from the bronze … 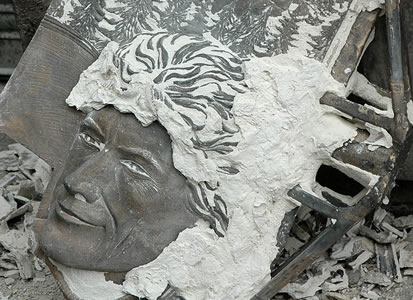 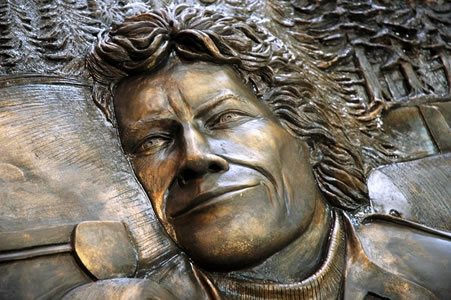 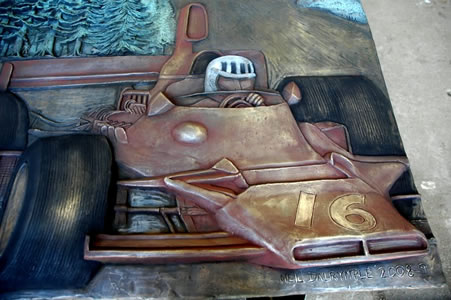 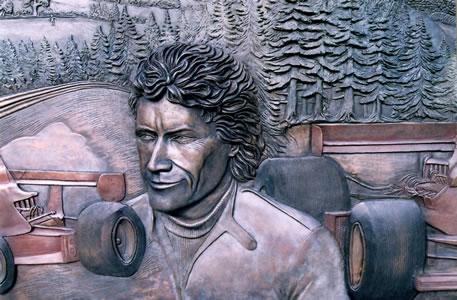 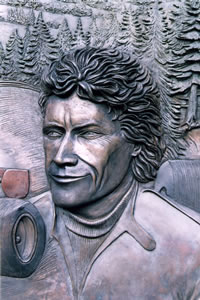 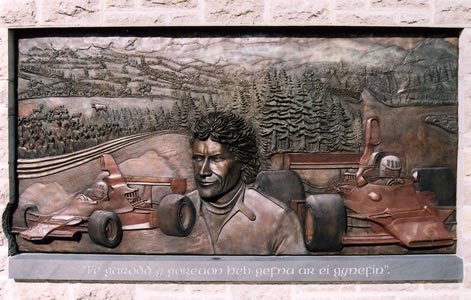 Memorial sculptural plaque was installed and officially opened in Ruthin, Denbighshire in June 2009. 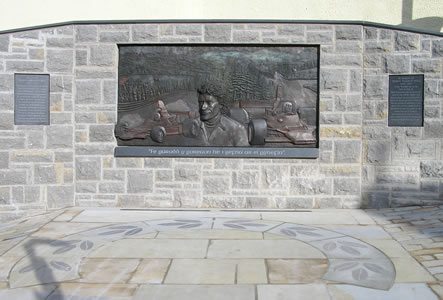