The Mabinogion is the title given to a collection of eleven prose stories collated from medieval Welsh manuscripts. The tales draw on pre-Christian Celtic mythology, international folktale motifs, and early medieval historical traditions. While some details may hark back to older Iron Age traditions, each of these tales is the product of a highly developed medieval Welsh narrative tradition, both oral and written.

The ten ceramic stoneware sculptural reliefs are inspired by some of the scenes from the “Fourth Branch of the Mabinogi” that have deep roots in Meirionydd.

The production of these ceramic works and other supporting work was funded by The Arts Council of Wales. 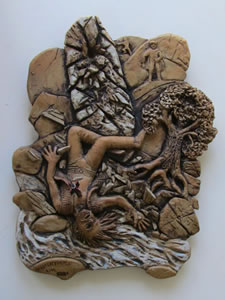 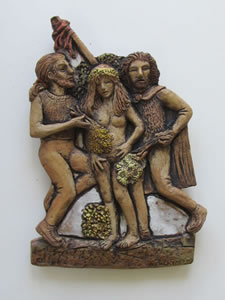 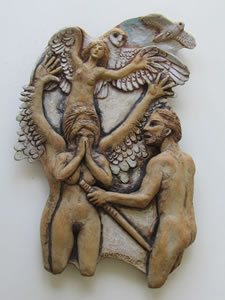 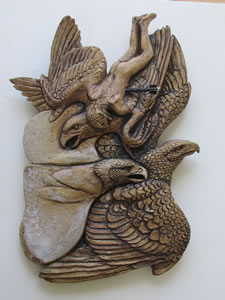 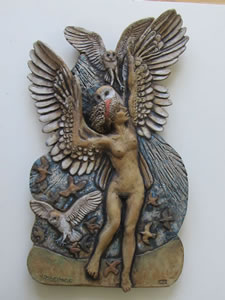 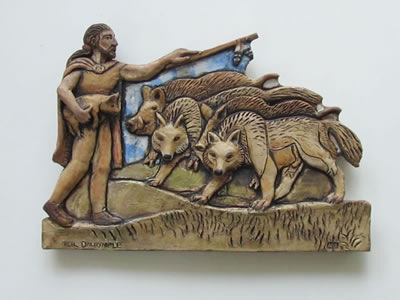 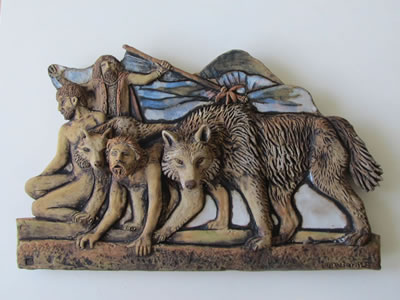 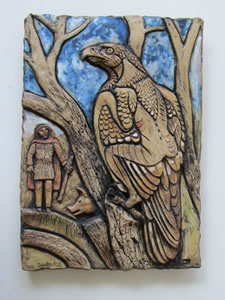 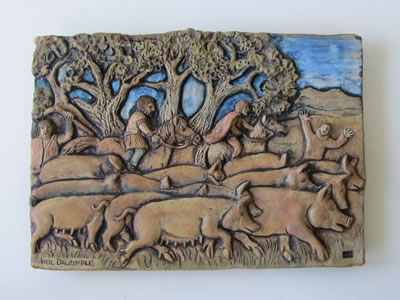 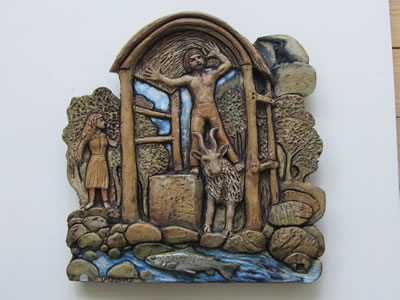 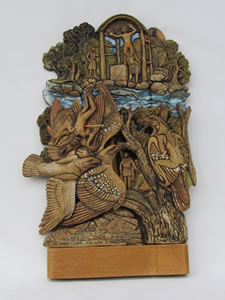 Scene from the 4th Tale of the Mabinogion

Lleu demonstrates to his wife Blodeuedd the only way that he can be killed.

Gronw Pebr throws a spear at Lleu from a hilltop, it strikes him in the side and Lleu turns into an Eagle and flies off with a scream.

Recompense is later to be had for this act of treachery.

Mabinogion. Scenes from the last part of tale 4. 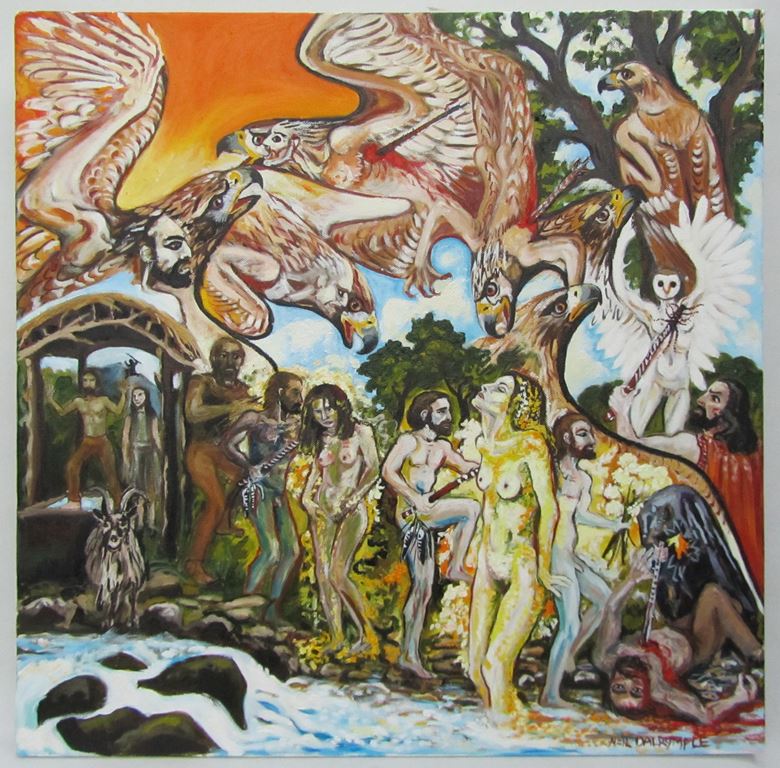