Neil Dalrymple is both a salmon and trout angler and has a natural interest in the environment and freshwater habitat. Neil Dalrymple is a member of the Denbigh and Clwyd Angling Club and also the Corwen and District Angling Club. Most of his fishing is on the river Dee and river Clwyd but occasionally fishes in others rivers in Snowdonia, North Wales and the river Teifi in South West Wales.

Neil Dalrymple uses some of the fish that he catches e.g. salmon, trout, pike and grayling as models for his ceramic sculptures. Neil Dalrymple’s fish are exhibited around the United Kingdom in galleries and can often be seen at the annual Country Landowners Association (CLA) Game Fair.

Two salmon resting at tail of a salmon pool on their upstream journey.

Move mouse over image to see other side of sculpture. 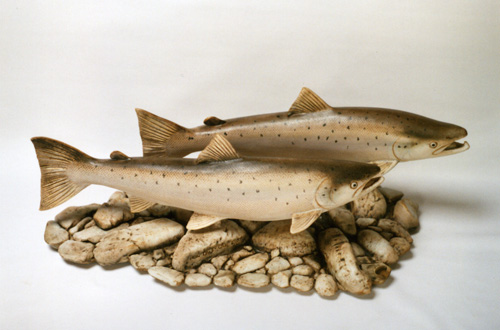 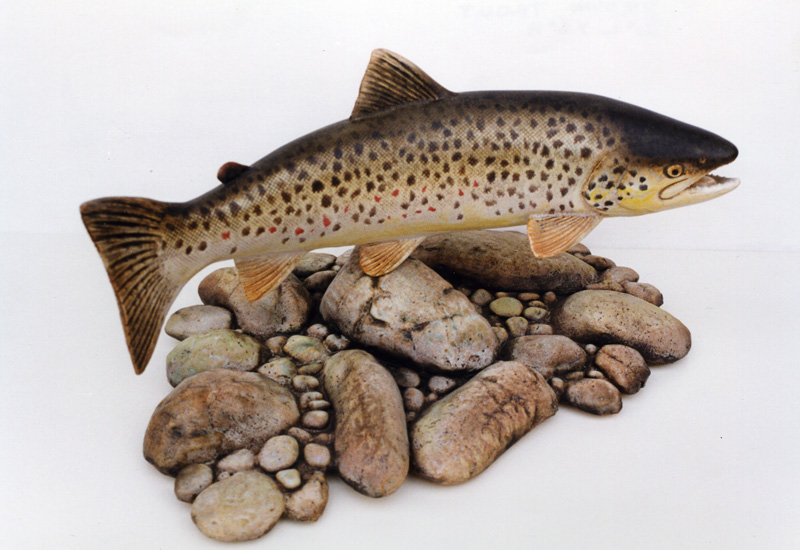 This trout was commissioned for an angler who caught the fish in Anglesey, North Wales and Neil copied it in clay.

This sea trout was commissioned from a 3lb fish the client caught in the River Clwyd in North Wales. 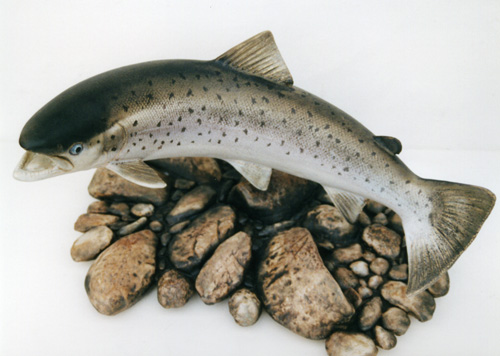 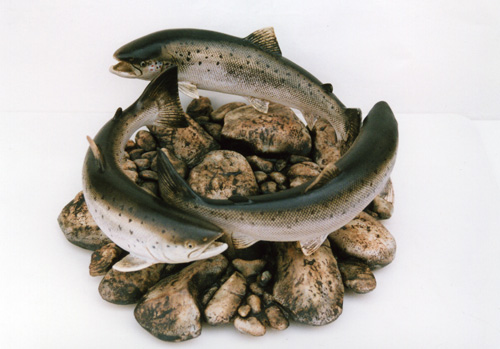 The inspiration for this sculpture came from Neil seeing salmon swimming in this circular formation whilst fishing in North Wales.

This trout was caught, photographed and then released 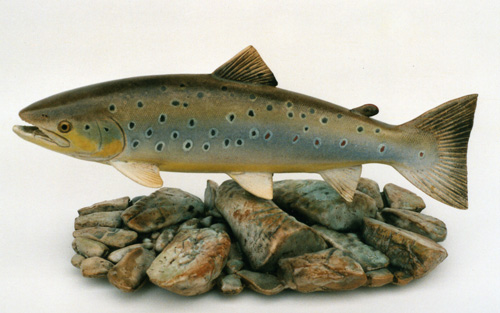 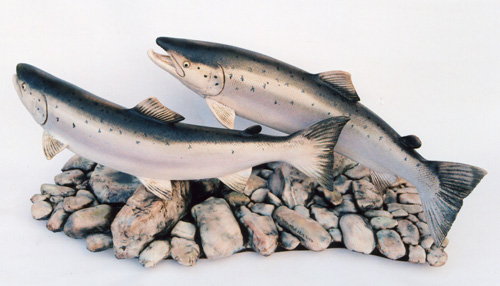 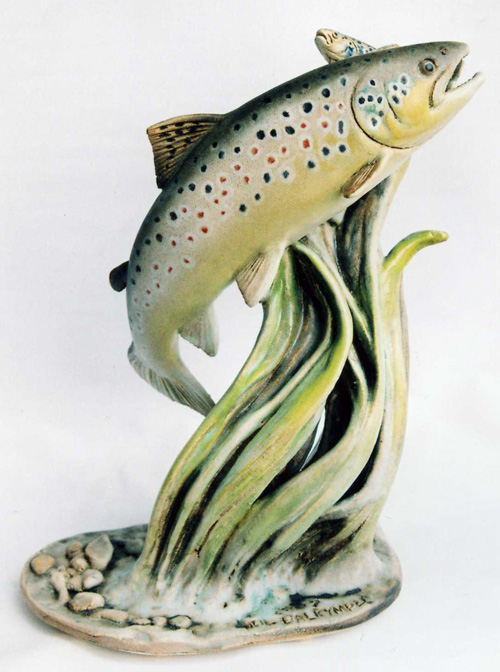 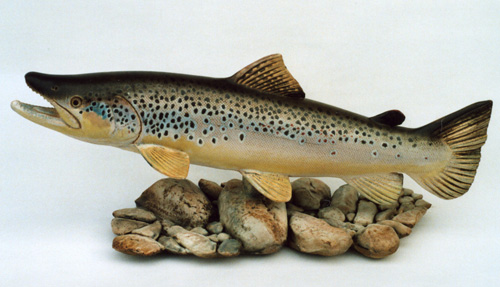 This trout was caught, photographed and then released

Prince of Wales honours Orri Vigfusson with one of Neil’s sculptures. Orri is the Icelandic salmon conservationist who negotiated the buyout of Faroese and Greenland high sea salmon fisheries. Prince Charles presented him with one of his sculptures of a cock and hen Atlantic salmon which had been specially commissioned by the Salmon and Trout Association. The ceremony took place at a reception held in Orri Vigfusson’s honour at St James’s Palace in 1995.

“In 1994 I was thrilled to receive a superb sculpture that had been specially created by Neil Dalrymple. It is one of my most treasured possessions, both for its beauty and the fact that it was commissioned jointly by the Salmon and Trout Association and the Atlantic Salmon Trust and presented to me by Prince Charles in appreciation for my work in the conservation of Atlantic salmon. The sculpture was on display at Keflavik, Iceland’s international mid-Atlantic airport, for several years but it now lives in the living room of my home in Reykjavik where it has pride of place.” 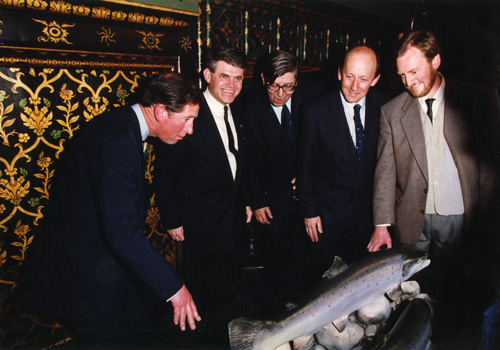 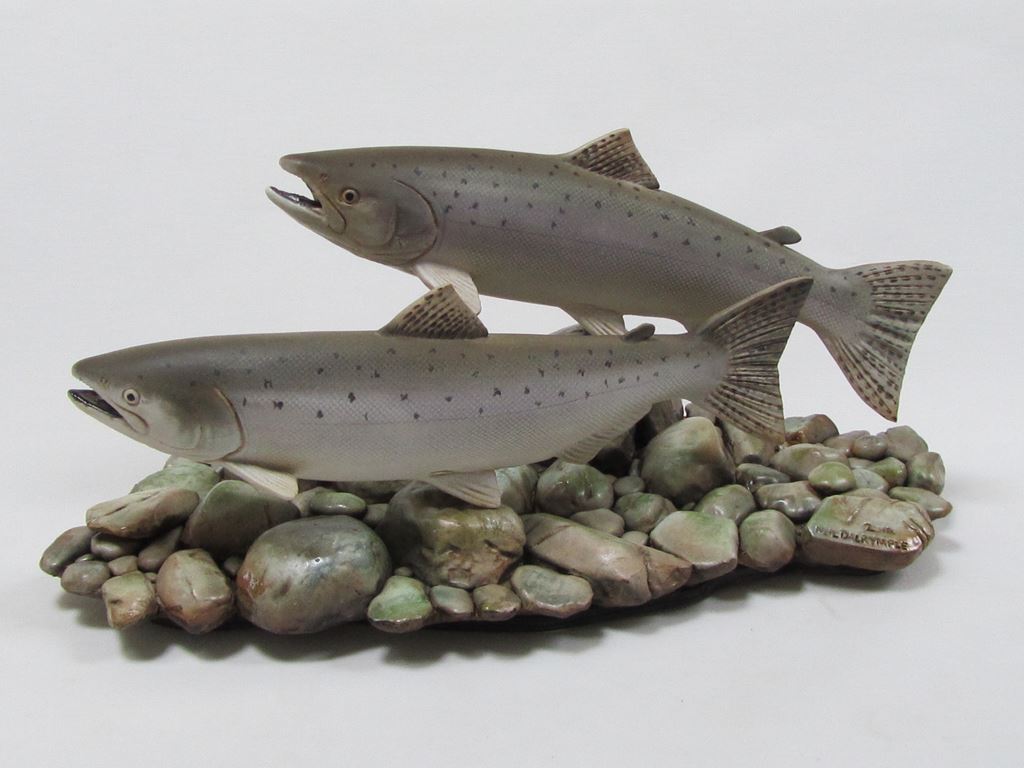 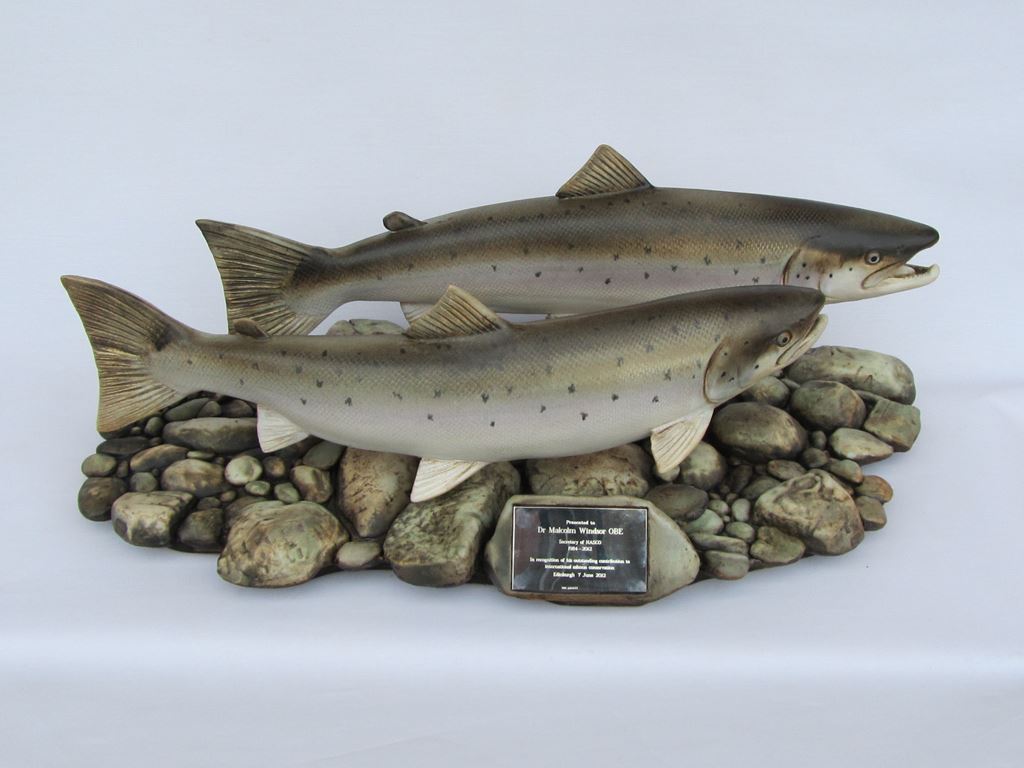 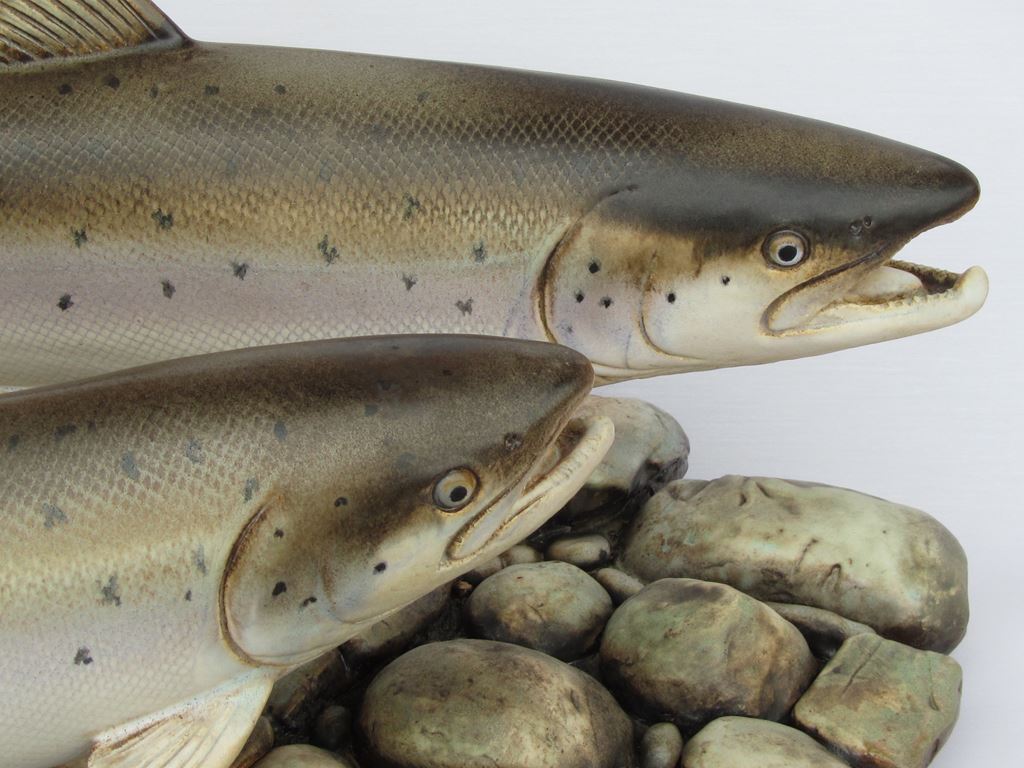 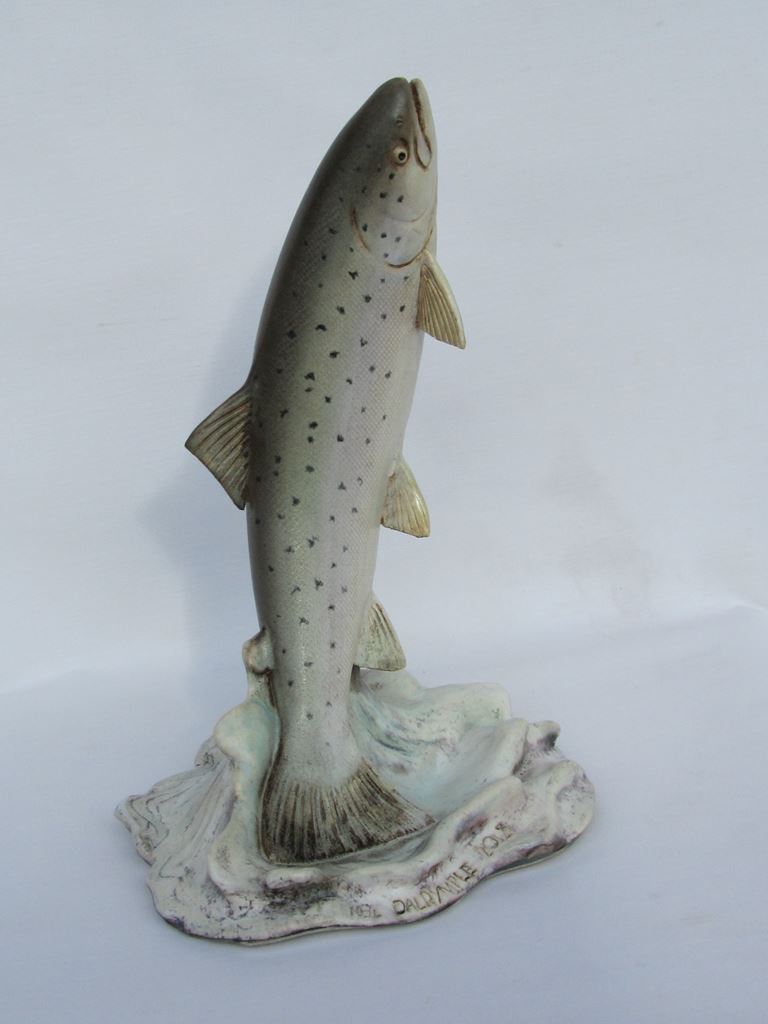 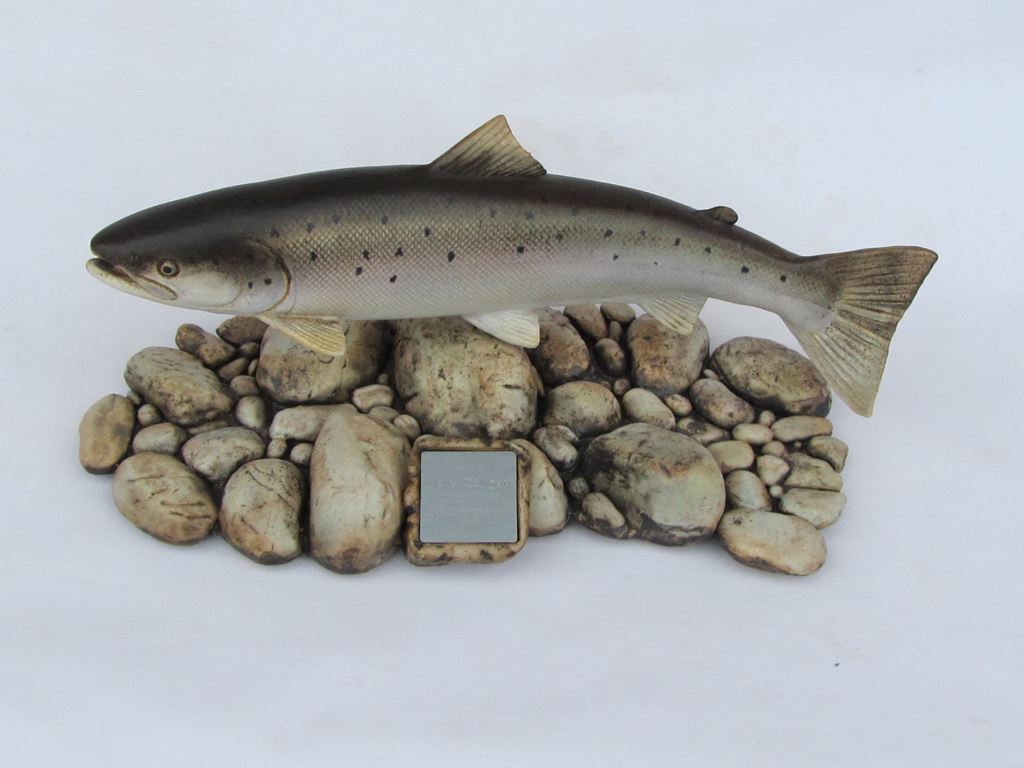 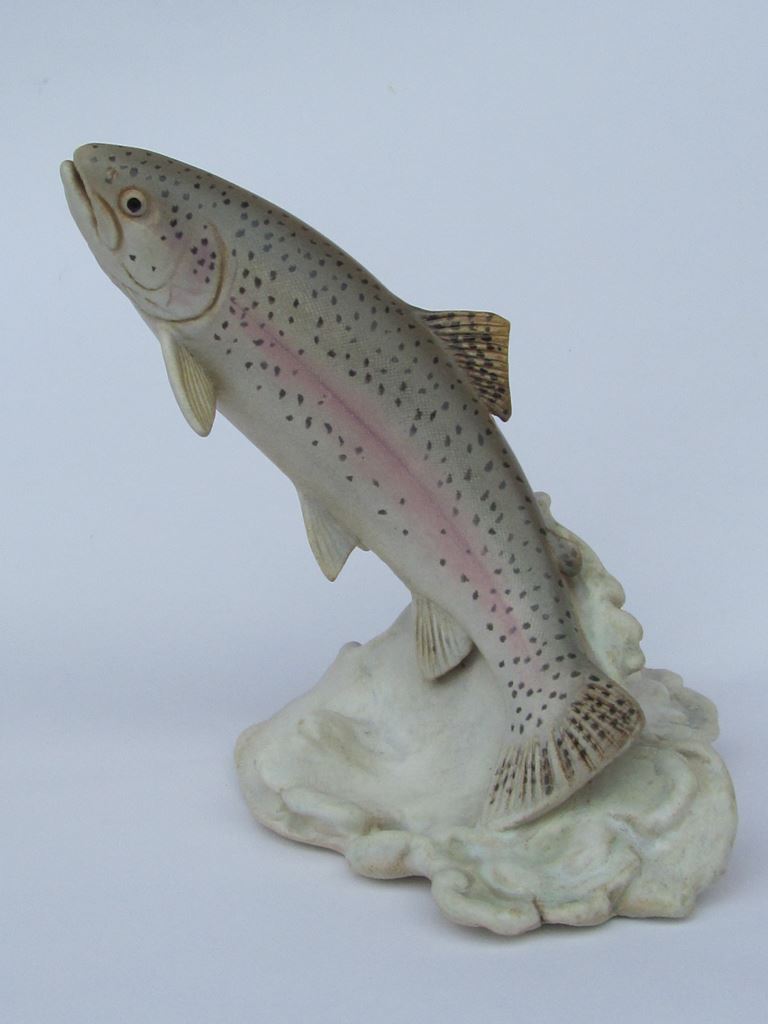 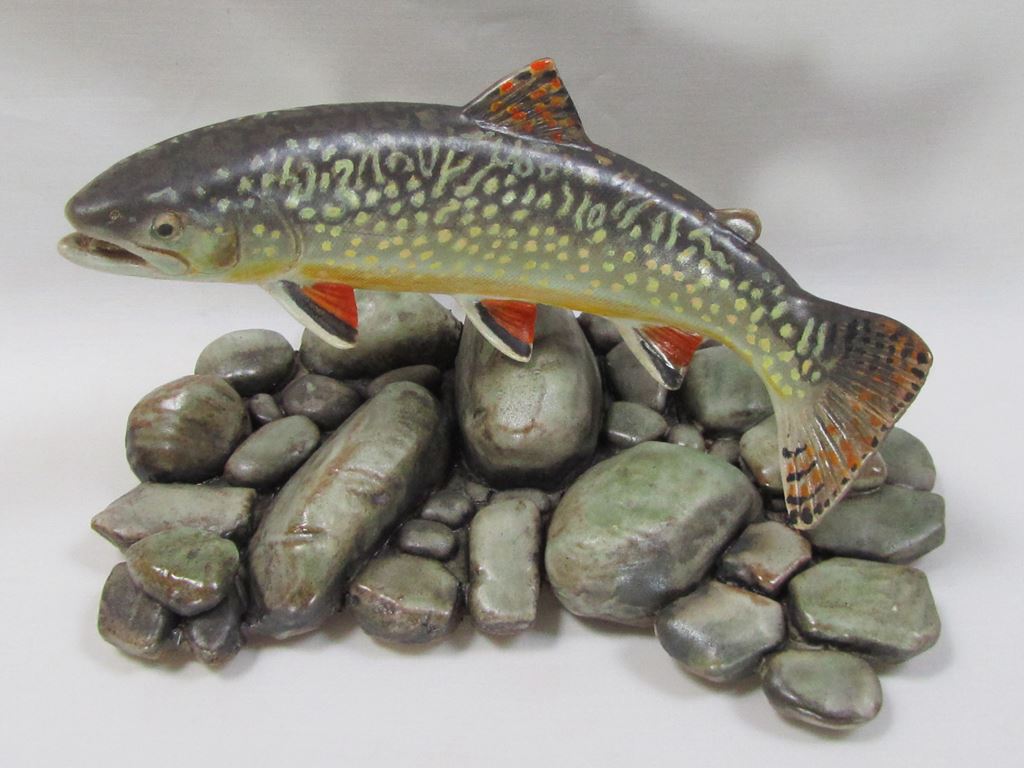 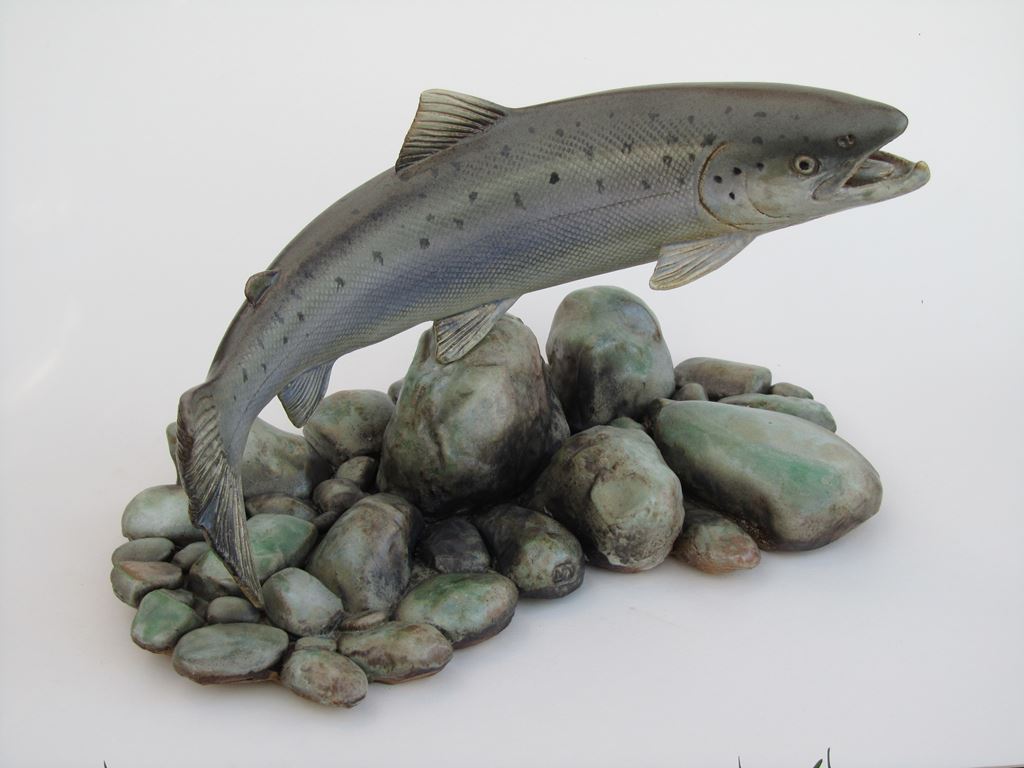 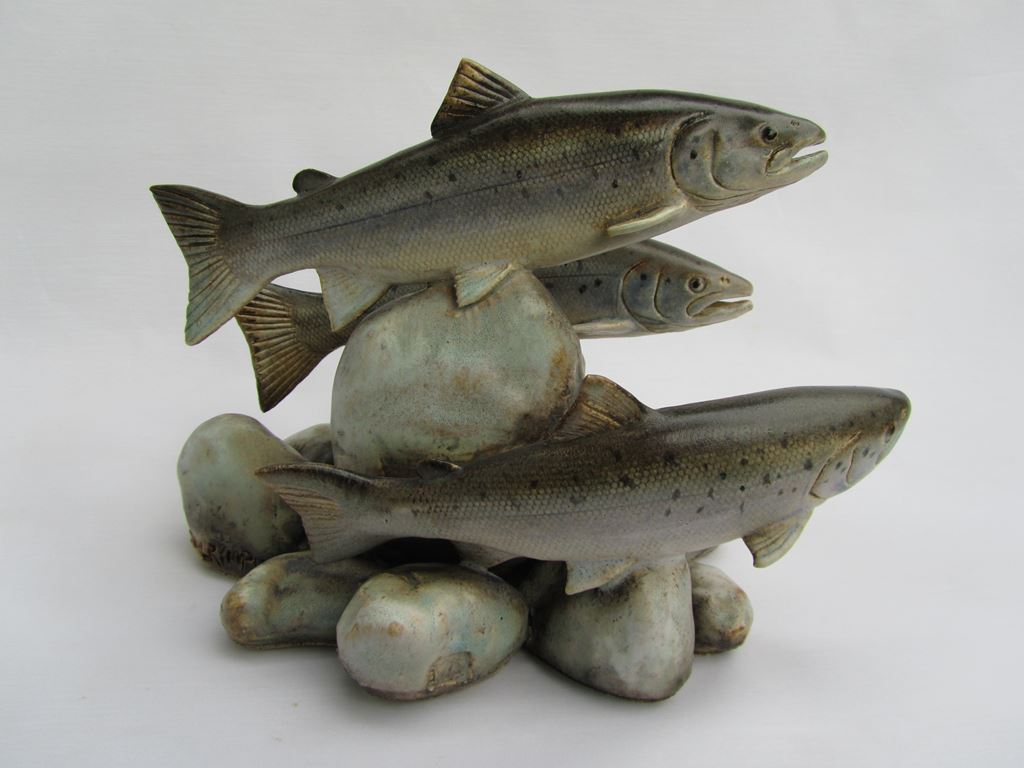 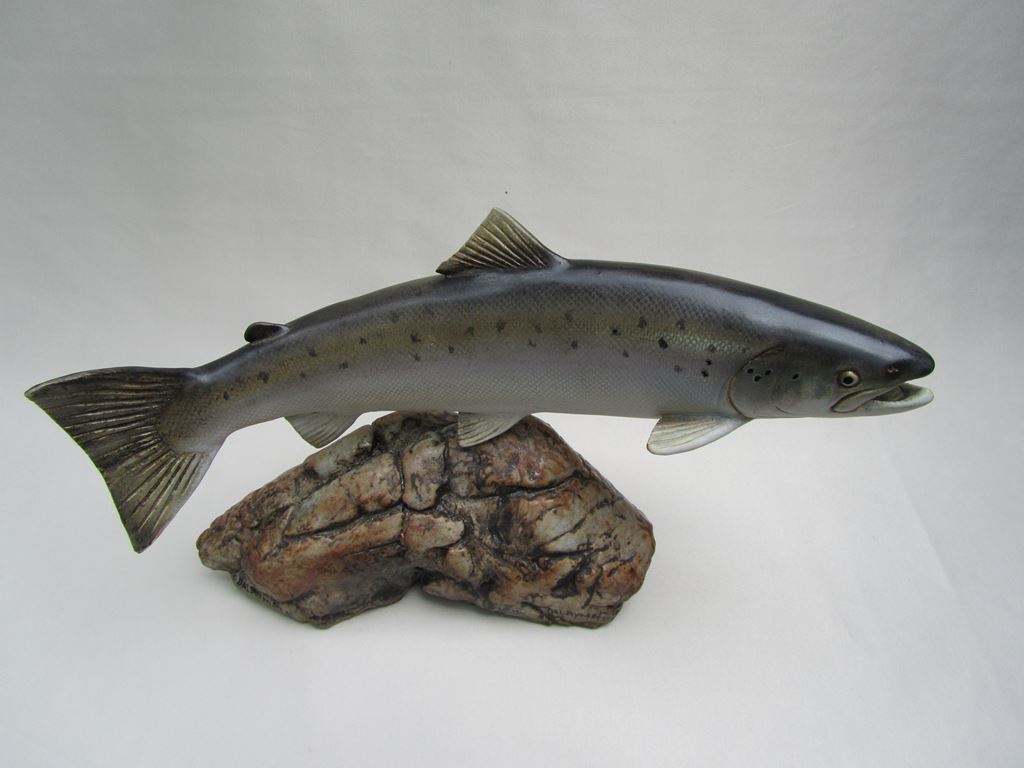 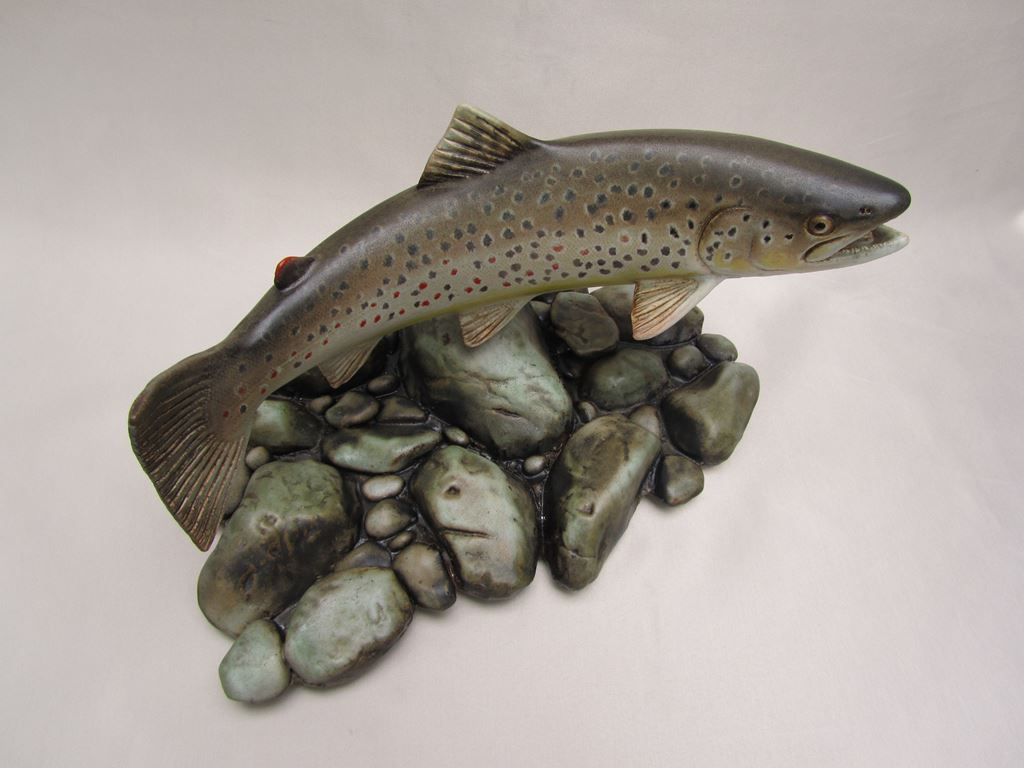 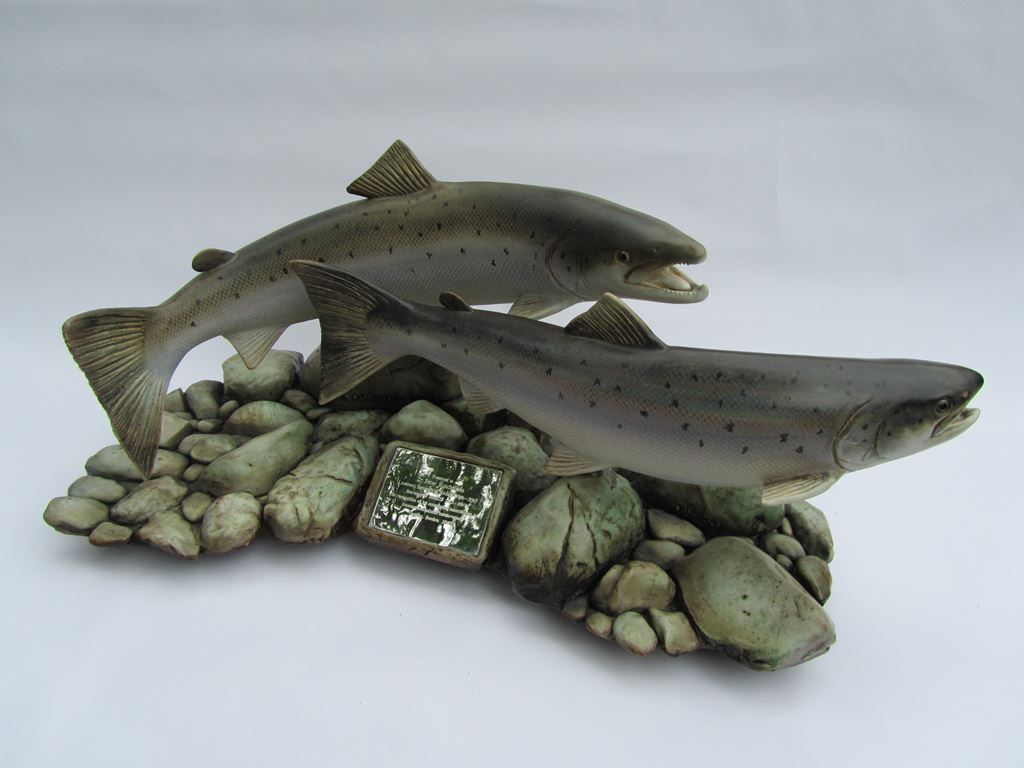 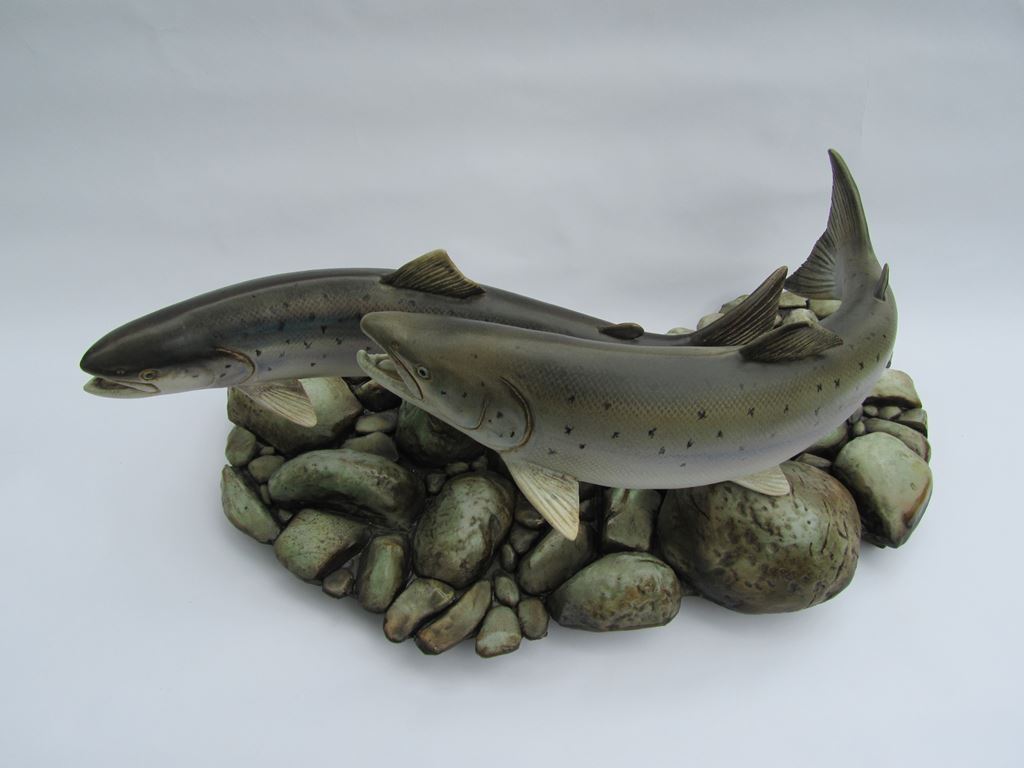 Salmon measure between 60 and 65 cm long 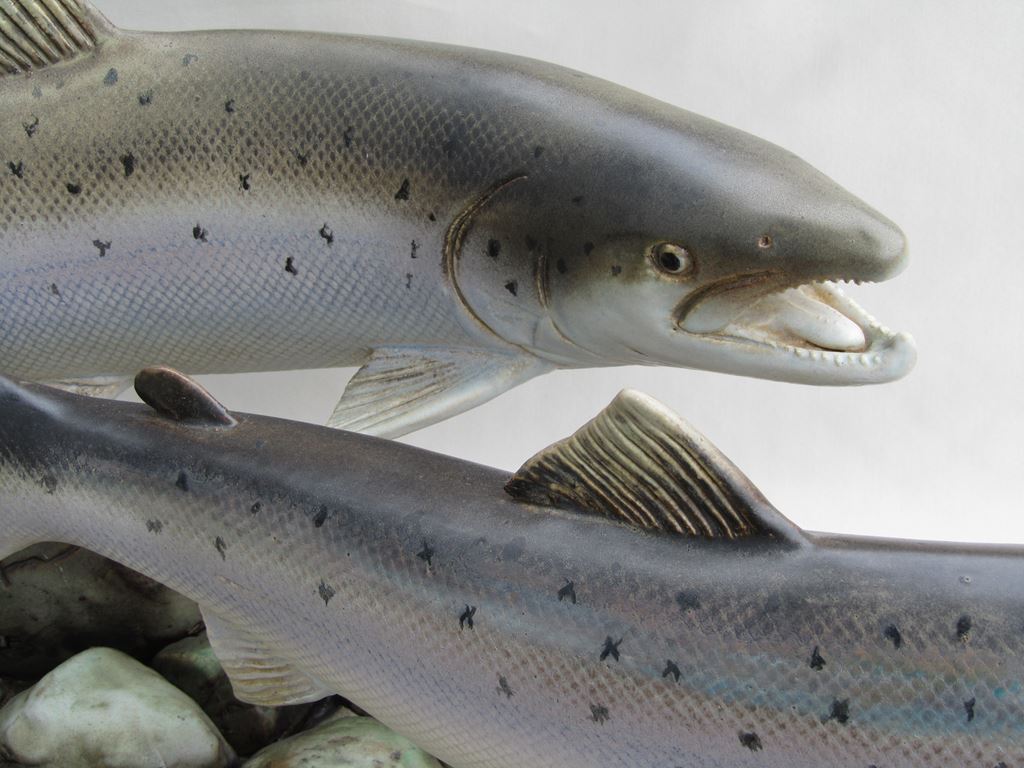 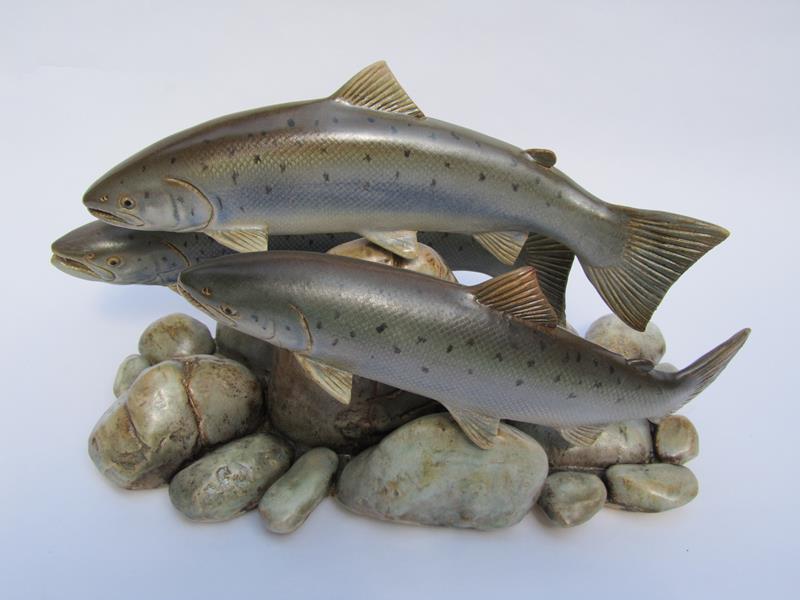 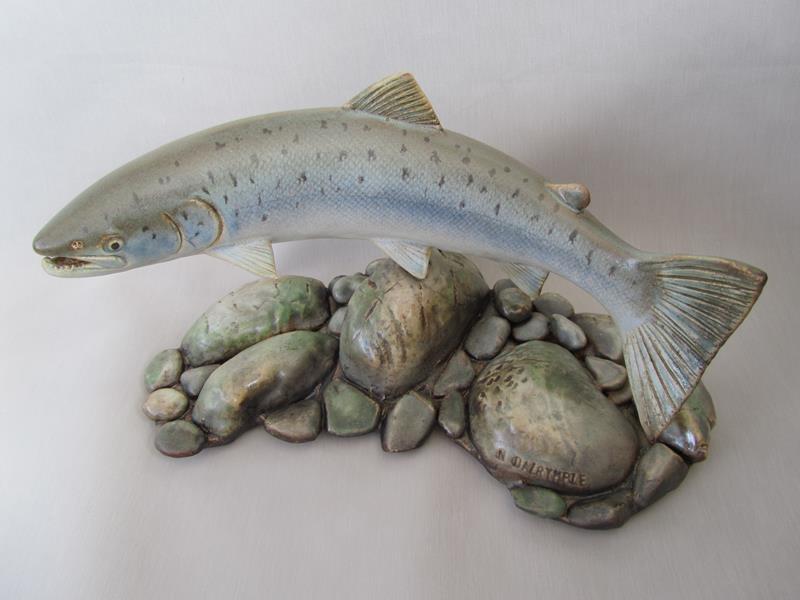 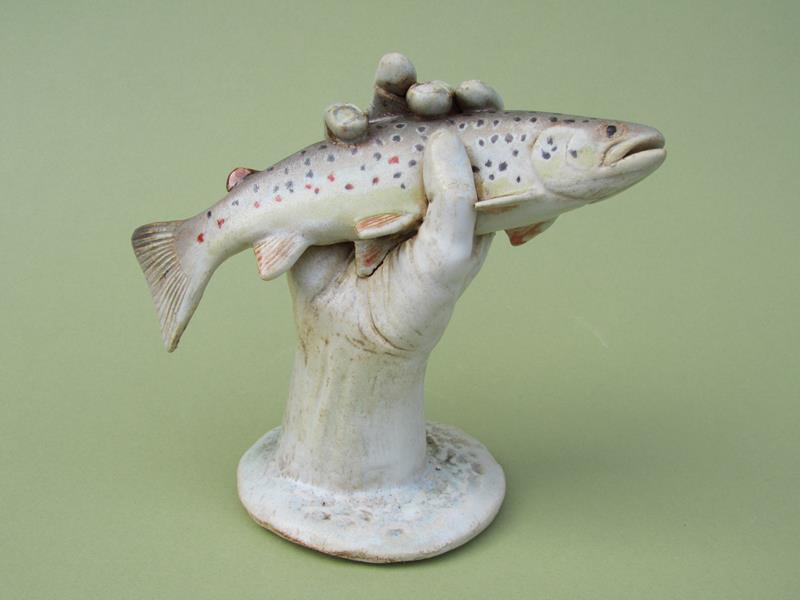 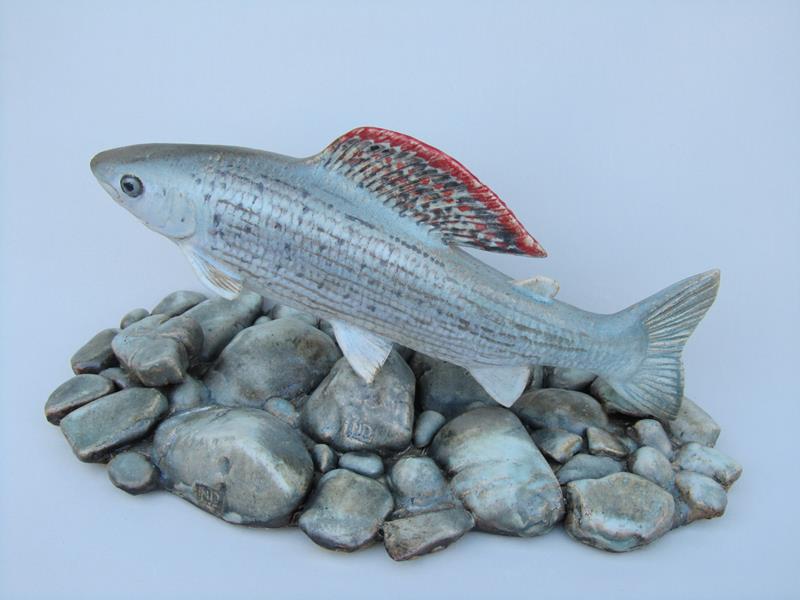 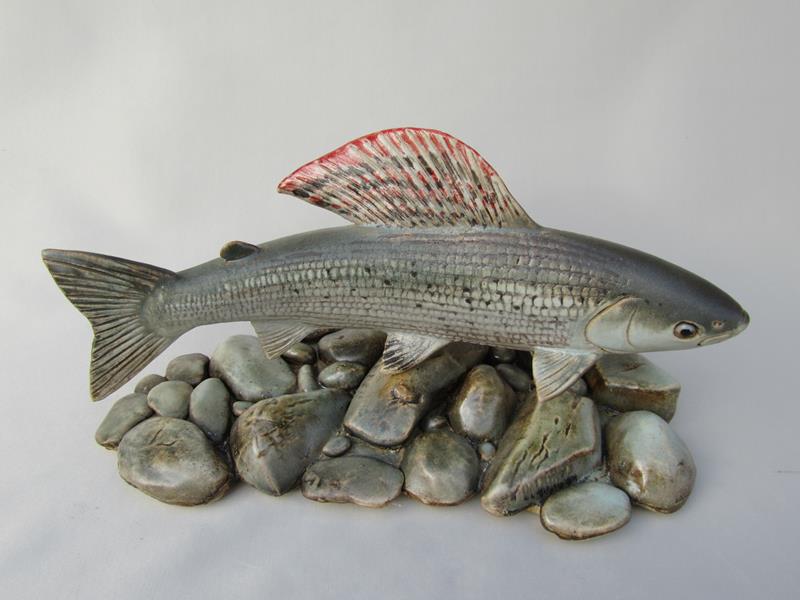 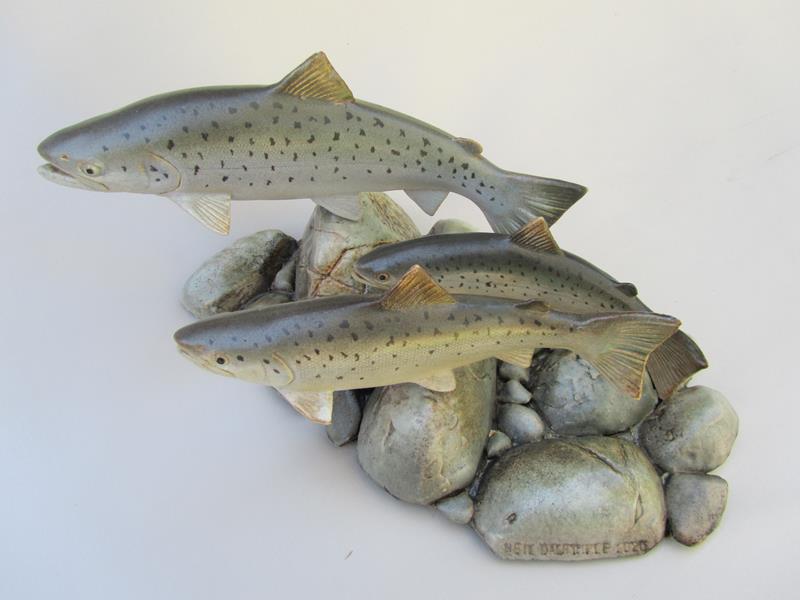 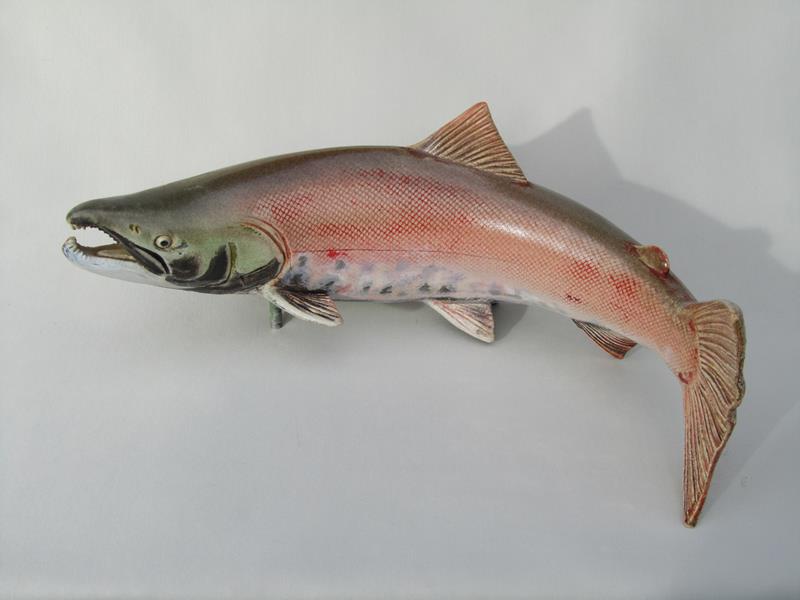